Cheslav Berg graduated from the College of Pharmacy, Western University of Health Science in 2001. Prior to becoming a pharmacist, Cheslav earned his MS in biochemistry from the State University of Kiev, Ukraine in 1985. He has a background in bio-medical research and development and uses his skills and training to create the formulas physicians and patients require. He continually researches and improves formulations and is dedicated to compounding and the profession.

Houman, while attending pharmacy school at the University of Southern California, interned at The Compounding Pharmacy of Beverly Hills for 2 years. He completed his Pharm D from USC in 2006. Houman then went on to become the Prescription Departmentment Manager at Canoga Park Costco from 2007 to 2010, before becoming the Pharmacist in Charge at the Marina Del Rey Costco, the busiest Costco in the nation, from 2010 to 2020.

Elyse Filderman graduated from the University of the Pacific in 1984 and has dedicated her career to support small, independent retail pharmacies in the Los Angeles area. She is a member of the California Pharmacists Association (CPhA) and has been with The Compounding Pharmacy of Beverly Hills since 1996. She oversees many of the compounding processes at the pharmacy and is available to answer questions from physicians so they know exactly what to prescribe for their patients.

Mandy Nguyen graduated from the University of Southern California in 1995 and is a member of the American Pharmacists Association (APhA) and the California Pharmacists Association (CPhA). Mandy is also a certified Home Infusion Specialist. She has been with The Compounding Pharmacy of Beverly Hills since 1999 and works side-by-side with the pharmacists to provide outstanding compounding services for physicians and patients. 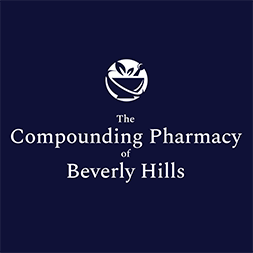